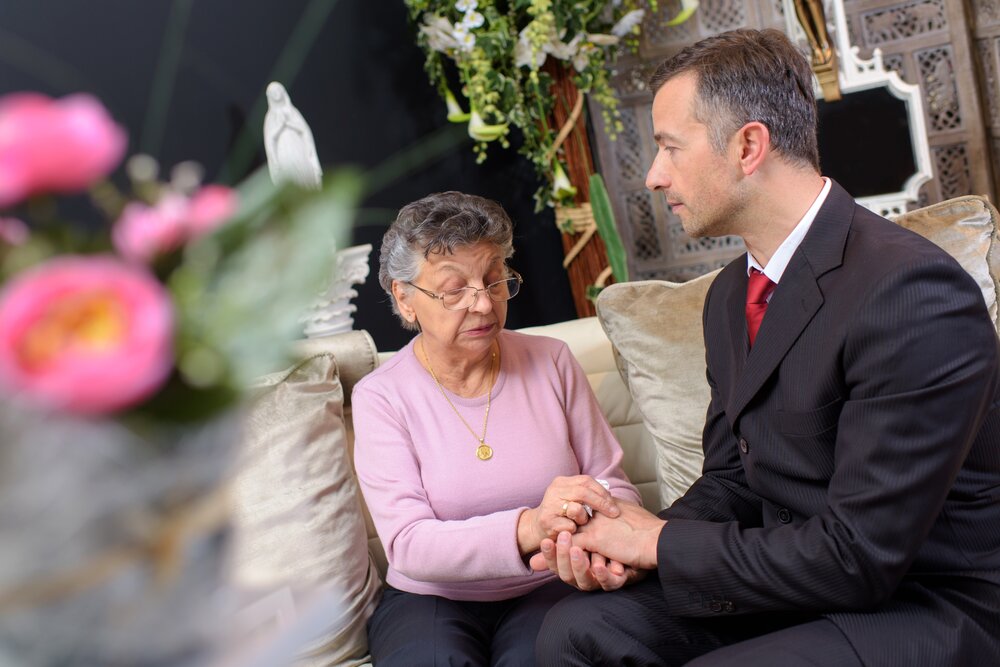 Most jobs have their share of stereotypes and common misconceptions.  You probably believe that all PE teachers have an illicit relationship with a student or lawyers stole their car from their clients.  You may also hear some dark jokes about the doctors in the maternity ward.   Most jobs have been portrayed in the pop culture through stereotypes, and it is just too easy for us to look at them that way.  Funeral Directors from Nutmeg State Cremation Society despite of their compassion and their stable mind were not safe from these misconceptions.  Here are some of them and the truth behind that.

Funeral Director is Only a Man’s Job

It is not that uncommon to watch a movie involving a funeral director where he will pass his business to his son.  In fact, I don’t think I’ve seen a movie where a funeral director is played by a woman.  But according to the latest statistics, more and more women are choosing this as their profession.  About 56% of those who graduated from an accredited program are all females.  This simply dispels the common misconception that this is a male-dominated industry.  If you are capable of showing compassion and have a stable mind, you have the foundation of being a good funeral director regardless of your gender.

Most of you probably think that funeral directors are the one conducting the cremation and other funeral service.  The truth is, funeral director only takes care of the funeral service and will require different handymen to take care of the body.  For the cremation, they will need the service of crematorium staff, and for the burial, they will need grave diggers to do the job.

You will be surprised that most funeral directors do not have the necessary skills to be a salesman.  Most of them are designed to have a stable mind and to take the orders.  They will communicate with the family about the things they want and will try their best to provide their needs.  Funeral Directors are mainly portrayed in movies as an aggressive salesman similar with the dealer of used cars, but in real life, it is impossible for the funeral director to stay in this business if he has a reputation of being a hard-seller.

They Are Experts about Death

There is a chance that you may encounter a director who think they knew everything about death especially the younger directors.  But those who have a long experience in this industry knows that most of the people that they serve are more educated compared to them.  They generally know more about compassion and psychology.  Remember that the license only provide them the authority to make funeral arrangement it will not give them the authority in estate planning, financial planning, medical issues and grief counselling.

If you have that opportunity to work with a Funeral Director, you will realize that it takes someone special to pursue this type of profession; someone with a skill to provide compassion for the living and the dead.  You need to find someone reliable and professional before you are going to need their service.  For the best funeral service in Stamford, Connecticut, contact Nutmeg State Cremation Society, they have been providing their unmatched funeral service for the people of Stamford for years.

Please wait No comments have been left yet.
Please wait

What Is A Direct Cremation?

You probably have many concerns and questions about cremation. There are many things to consider when dealing with cremated remains, from choosing an urn to considering more unique memorials. To be...

Does The VA Pay For Cremation?

Veterans make sacrifices when they enlist, and the Canadian government acknowledges this. As a result, there is a provision for veterans' funeral benefits in place to lessen the financial burden of...

How To Personalize An Obituary Notice

After the death of a family member, managing all the modalities and planning and organizing the funeral, etc., can be challenging to handle. But in addition to all these things, you will also have ...

Remembering And Honoring A Loved One Through Holiday Meals

The death of a loved one can feel like the end of all things to a young adult. But as you get older and gain more life experience, you'll realize that this is a common occurrence. The holidays are ...

Most young children and preschoolers are aware of death, even if they don't fully comprehend it. Some of your child's friends may have lost a loved one, and death is a recurring theme in comic book...

Cremation Costs: What is Required?

The cost of funerals can be high, especially if you want individualized services. There is a lot of misunderstanding about the factors determining these expenses. We at the Nutmeg State Cremation S...

Cheap Cremations: How To Arrange

There are a few ways you may go with cremation. Viewing caskets are available for hire if one is required. Since the funeral home may utilize a much cheaper box or container for the cremation, spen...

When Are Cremation Containers Needed?

Struggling to figure out how to take care of your dear ones' funeral arrangements? Do you need help deciding when and what kind of cremation container to use? Nutmeg State Cremation Society is here...

Should Your Child Attend the Funeral?

When is a child old enough to attend a funeral? Can a child in elementary school learn anything from it, or will it simply be frightening? Will your preteen eventually be sad that they didn't go? S...

Is It Important to Have a Public Viewing Before the Funeral?

Those left behind after the death of a loved one must frequently make numerous decisions. These choices entail interment, funeral services, estate administration, and more. Nutmeg State Cremation S...