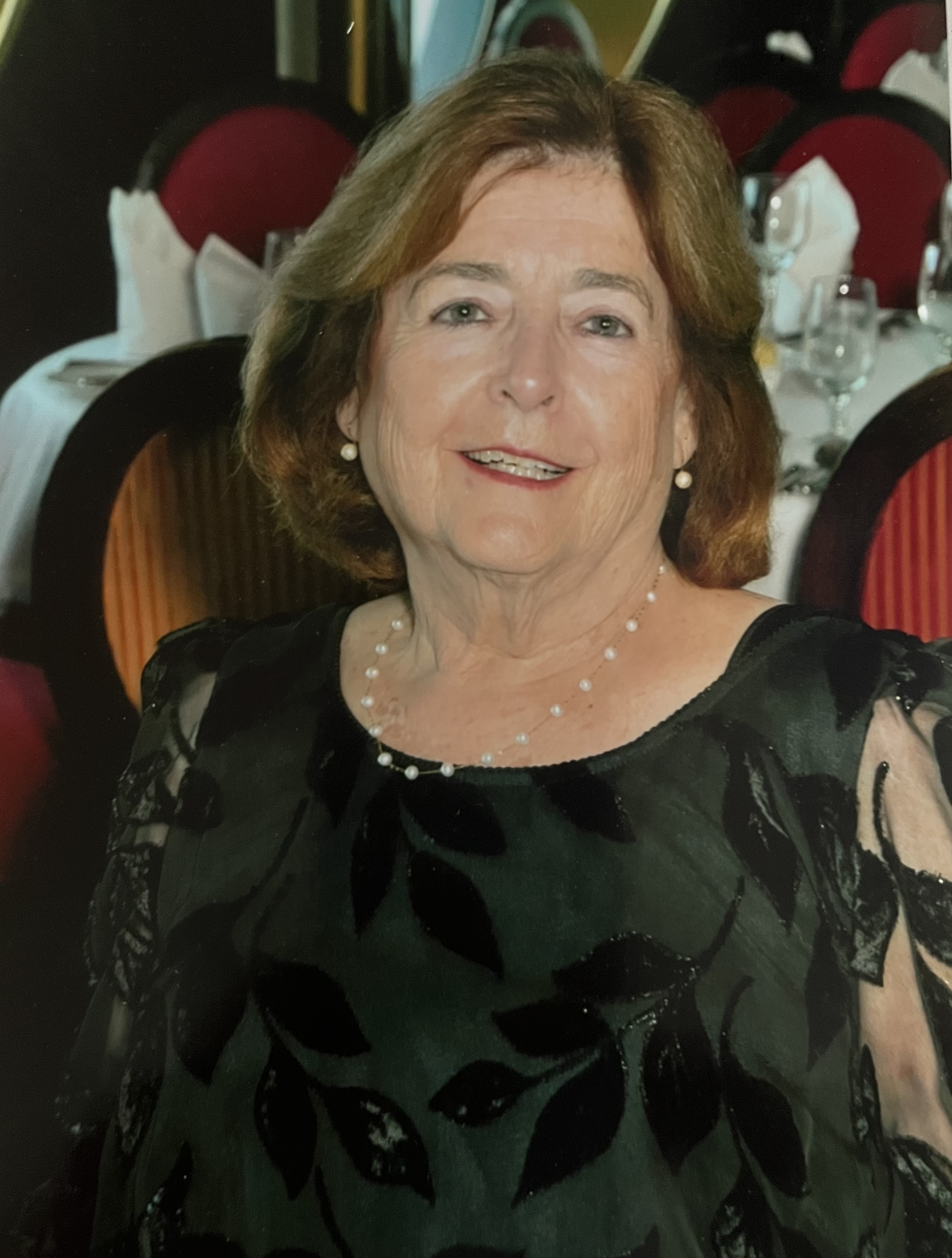 Virginia Thomas, of Stamford CT, passed away on November 5th 2022; she was 83 years old. Virginia (Ginny) was born in Albany, NY and spent her childhood in several cities throughout upstate NY, due to her father’s work at Niagara Mohawk. Frequent moves instilled in Ginny a magical quality to connect with people and make fast friends everywhere she went. She graduated from Albany Teachers College and began her career as a math teacher in 1961. She later completed her Master’s degree in Secondary Education. Ginny taught high school math for 30 years, spending most of those years at Irvington High School in Irvington, NY. In later years, she taught computer programming. Beyond teaching, she was the adviser for the yearbook club and coached baton twirling. Ginny loved working with kids and connected with them deeply. Many of her students stayed in touch with her for years after graduation. While working full-time, Ginny raised her two daughters, Sarah and Anne. She was their biggest fan: Ginny never missed a game or performance for any activities. Her unwavering support was later felt strongly in the lives of her four beloved grandchildren. She was an active member of Irvington Presbyterian Church for almost 40 years, playing hand bells and serving as both a Deacon and Treasurer Ginny retired from teaching in 1999 and devoted herself into spending more time with family and becoming even more involved in her community. She moved to Stamford, CT in 2007 to be closer to her family. She served as a volunteer and board member of FISH, which provides free transportation to Stamford medical facilities for those in need of help. She was an active participant in the water aerobics programs at the Darien YMCA where she made many great friends. Ginny always followed Syracuse sports and was an avid Mets fan. She had a quick wit and was often laughing. Ginny was a beautiful piano player and a phenomenal cook; Thanksgiving will never be the same for her family! In her final days, Ginny was still baking cookies, brownies and zucchini bread to send to her grandchildren. Her kind, youthful spirit and close bond with her family earned her the loving nickname, “G.” Ginny is predeceased by her parents, Marjorie and Floyd Dehnert, and her brothers, Bill and John. She leaves behind her grateful and brokenhearted children Sarah Thomas (Bill Smith) and Anne Thomas (Tony Lariño), four adoring grandchildren Natalie Smith, Ryan Smith, Isabel Lariño and Eva Lariño and four beloved grand-dogs. The family is planning a private memorial service. In lieu of flowers, please make contributions to Feed My Starving Children https://www.fmsc.org/ways-to-give ; or FISH (Feel I Should Help). Send donations to PO Box 871 Stamford, CT 06904 or Darien YMCA https://darien-ymca.org/annual-campaign/