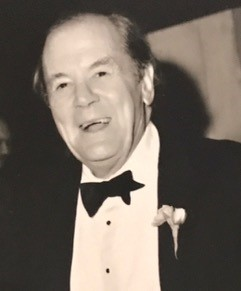 Joseph Warren Bartlett was born on June 14, 1933 in Boston, MA. He was the oldest son of Charles William Bartlett and Barbara Hasting Bartlett. He died in Stamford, CT on March 27, 2019 at the age of 85 and was predeceased by his brothers, Albert (Gus) Bartlett and Samuel B. Bartlett.

Joe graduated from Phillips Academy Andover (1951), Harvard College (1955), and Stanford Law School (1960). While at Stanford, he was president of the Stanford Law Review and member of the Order of the Coif. Upon graduation he was a law clerk in the United States Supreme Court for Chief Justice Earl Warren (1960 term).

Joe was considered one of the leading teachers and practitioners in the field of venture capital. His law practice focused on emerging companies, initial public offerings, corporate restructurings, private equity finance and buyouts.  He authored and edited numerous articles and books on the subject, including the Encyclopedia of Private Equity and Venture Capital, and Raising Capital for Dummies.

While in private practice, he advised numerous large and small companies on capital raising and M&A, and was notably counsel to Bain Capital and Chemical Ventures.  Joe was involved in organizing many private equity funds and co-founded VC Experts.com.  An article in the Daily Deal (2000) characterized Joe this way: “If someday a supreme court for venture capital were to be created, Joe Bartlett would be the chief justice.”

He served on numerous committees and educational boards which reflected his strong academic and civic interests.  Notably, Joe served 30 years on the Board of Trustees of Montefiore Health Systems, serving as chair of the Legal and Compliance committee and was deeply committed to the advancement of Children’s Hospital at Montefiore and the Montefiore School Health Programs.

Joe grew up in Dedham, MA and spent his summers in Plymouth. He played rugby, fished the Housatonic river, and played tennis regularly with his family, but his first love was always books and writing. In a letter to his grandchildren he characterized that love as a” lifelong passion for the written word. ”

Joseph Warren Bartlett is survived by his wife of 39 years, Barbara B. Bartlett, his children by a previous marriage to Apple Parish, Charles W. Bartlett, Susan B. Crater, and Harry P. Bartlett, his step children, Andrew J. Holt jr., Hilary H. Ram, and Bradley B. Holt, and his eight grandchildren.  Donations may be made in his name to Children’s Hospital at Montefiore, Montefiore Health Systems.

Share Your Memory of
Joseph
Upload Your Memory View All Memories
Be the first to upload a memory!
Share A Memory
Plant a Tree