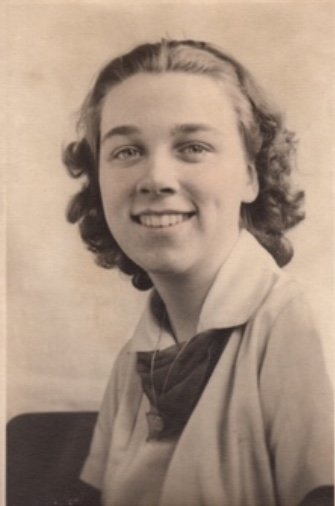 Obituary of Catherine A Gallery

Catherine Gallery beloved mother, grandmother, great grandmother and dear friend to many, died in her Wilton home on May 12, 2019, with her daughter, Cathy Barsanti, at her side. She was one month shy of her 97th birthday.

The daughter of Irish immigrants, Catherine Agnes Cudahy was born and raised in Manhattan, where she graduated from Cathedral High School. She worked outside the home for many years at the former Continental Baking Co. in Rye, N.Y., and the New York School for the Deaf in White Plains, N.Y.

She and her late husband, John Gallery, lived in Rye for nearly 30 years until his death in 1990. She relocated to Niskayuna, N.Y., for several years before moving to Ogden House in Wilton in 2001.

In addition to her daughter, Cathy, also of Wilton, she is survived by her son, Larry Gallery (Karen), of Niskayuna, N.Y.; four grandchildren, Christian Barsanti (Susie) of Allendale, N.J., Justin Barsanti (Beth) of Cos Cob, Laura Gallery of Niskayuna, and Paul Gallery of Albany, N.Y.; and four great grandchildren, Carlie and Molly of Allendale, N.J., and Nate and Sam Barsanti of Cos Cob.

Mrs. Gallery was affectionately known as “GG” to both her grandchildren and great grandchildren. In recent years, she enjoyed summer trips with her daughter to Saratoga Race Course in Saratoga Springs, N.Y., and Foxwoods casino in Mashantucket, Conn.

She was predeceased by her oldest child, W. Sean Driscoll, co-founder and co-owner of Glorious Food, regarded by many as New York City’s preeminent caterer, in 2018; her parents, John and Catherine Cotter Cudahy, and a brother, John Cudahy. The latter’s late wife, Dorothy Hayden Cudahy, was the first woman to serve as grand marshal of New York’s St. Patrick’s Day Parade.

A Mass of Christian burial will be celebrated on Thursday, May 23 in the chapel at Gate of Heaven Cemetery in Hawthorne, N.Y., beginning at 11 a.m. There will be no calling hours. Nutmeg State Cremation Society of Stamford is in charge of arrangements. To extend personal condolences to the family, please visit www.nutmegcremation.com.

Share Your Memory of
Catherine
Upload Your Memory View All Memories
Be the first to upload a memory!
Share A Memory
Send Flowers
Plant a Tree