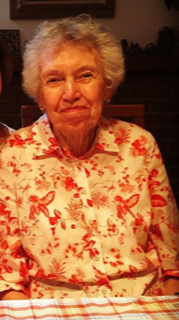 "Ann Selbe Potter died peacefully at her home in Westport CT, Thursday May 9. She was 91.

She was born in Charleston, West Virginia in 1927, and at age 17 Ann left her home to attend Barnard College. After graduating with a degree in Psychology in 1948, she met and married her husband Winston Gordon Potter Sr.

Ann and Winston Sr. first moved to Westport in the early 1950's, settling into the family compound in 1959 where they raised their three children and two grandchildren. Their oldest son Paul died in 1966 at the age of 18. Winston Sr., a prominent local artist, passed in 2005 at age 88.

In the early 1970's she went back to school for her Masters in Education, and became a respected and beloved teacher in the Westport School District.

In the 1980's, she embarked on a successful career in real estate before retiring in 2011. As a realtor, she was highly regarded by her clients and her peers for her integrity and knowledge.

In recent years she was an avid bridge player at the senior center. She also spent her free time gardening and loved to read.

She is survived by her three children: her daughter Selbe Ruggiero, and sons Daniel and Winston Gordon Jr., and two grandchildren: Winston and Alyssa Ruggiero."

Share Your Memory of
Ann
Upload Your Memory View All Memories
Be the first to upload a memory!
Share A Memory
Plant a Tree