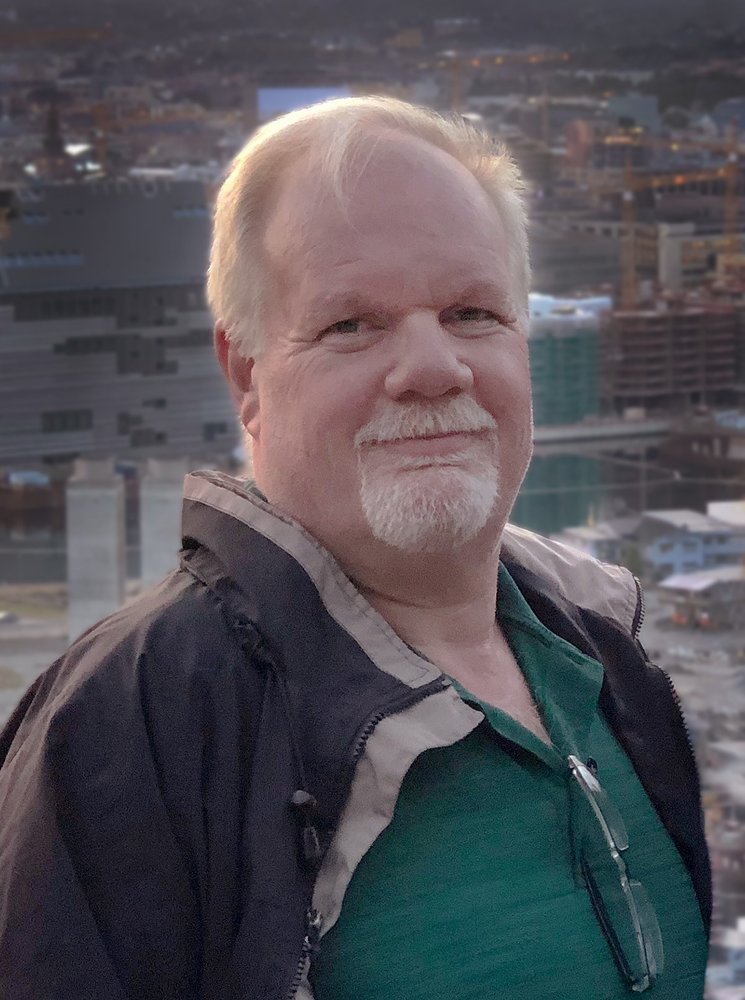 Leslie Miller “Tigger” Jones, 59, of Darien passed away at Stamford Hospital, with his loving wife, Susan by his side on August 13, 2019 after a short but valiant battle with bladder cancer.

Les was born in Stamford on January 28, 1960.  He was the son of the late Robert and Katherine (Miller) Jones. He grew up in the Hubbard Heights neighborhood of Stamford, graduating from Westhill High School in 1978.  He attended Porter & Chester Institute where he obtained his drafting certificate.  He was employed by Clairol for 20 years, first as a draftsman and in later years, in database management. After Clairol, Les entered into the construction industry which was truly his forte – working for P&H Construction for many years as an Estimator and later, his most recent job, at Home Depot Stamford as a plumbing Sales Associate.

Les’s true passion, however, was music.  He was a talented drummer and had an extremely wide variety of taste in music, ranging from blues and jazz, to rock and new wave.  There wasn’t any musical genre that he did not appreciate, “As long as it is played well and with passion”, as he was fond of saying.  Les was a longtime member of the St. Catherine’s Players in Riverside, playing drums in the orchestra for their annual musicals for 37 years.  In addition, he was a longstanding member of the Sound Beach Community Band, playing concerts in the park and marching in parades.  The majority of his forays into music were in a volunteer capacity and Les gave generously of his time.  Both of these organizations held a special place in his heart and through them many friendships were formed.  He played in many rock bands with numerous musicians spanning decades.  The last several years, he also played various parades with the Colonial Band in Stamford.

Les’s boyish smile could light up any room and he enjoyed simple pleasures in life. Give him a spicy bowl of chili or a sausage, onion and hot oil pizza from Colony and he was a very happy man.  He was also never one to suffer fools or injustice towards others lightly.  His quick wit and dry sense of humor will be missed by all who knew him.

In addition to his parents, Les was pre-deceased by his sister, Robin “Gupper” Jones. He is survived by his wife of 30 years, Susan (Cotellessa) Jones, his brother, Paul “Pip” Jones and his wife, Stephanie “Peety” of Asheville, NC and 2 nephews, Michael Galvez and Patrick Jones (Ingrid).   He is also survived by his mother-in-law, Nancy Cotellessa, sister- in-law, Terri Sheridan, nephew, Bradford Sheridan, and brothers-in-law, Nicholas Cotellessa, Jr. and Volker Mauch.  He is also survived by several cousins and a countless number of friends, many of whom visited him in the hospital frequently and helped to keep his spirits up during his illness.

The family would like to thank the doctors and nurses at Stamford Hospital and the Bennett Center for providing excellent and compassionate care to Les during his nearly 4-month stay.

Les faced his illness with strength, dignity, fortitude and humor.

A Celebration of Life/Remembrance and musical jam will be held on Saturday, Sept 21, 2019 at 11:00 am at the Knights of Columbus, 507 Shippan Avenue, Stamford, CT. All musician friends are encouraged to bring their instruments.  For purposes of headcount, please RSVP to Susan if you wish to attend at fortiggerjones@gmail.com by no later than 9/16.

The family encourages you to extend your personal messages and remembrances of Mr. Jones by visiting nutmegcremation.com.

In lieu of flowers, donations in Les’s memory can be made to any of the following:

Remembrance and musical jam Saturday, Sept 21, 2019 at 11:00 am at the Knights of Columbus, 507 Shippan Avenue, Stamford, CT All musician friends are encouraged to bring their instruments.  For purposes of headcount, please RSVP to Susan if you wish to attend at fortiggerjones@gmail.com by no later than 9/16.

In Lieu of Flowers

Share Your Memory of
Leslie
Upload Your Memory View All Memories
Be the first to upload a memory!
Share A Memory
Plant a Tree