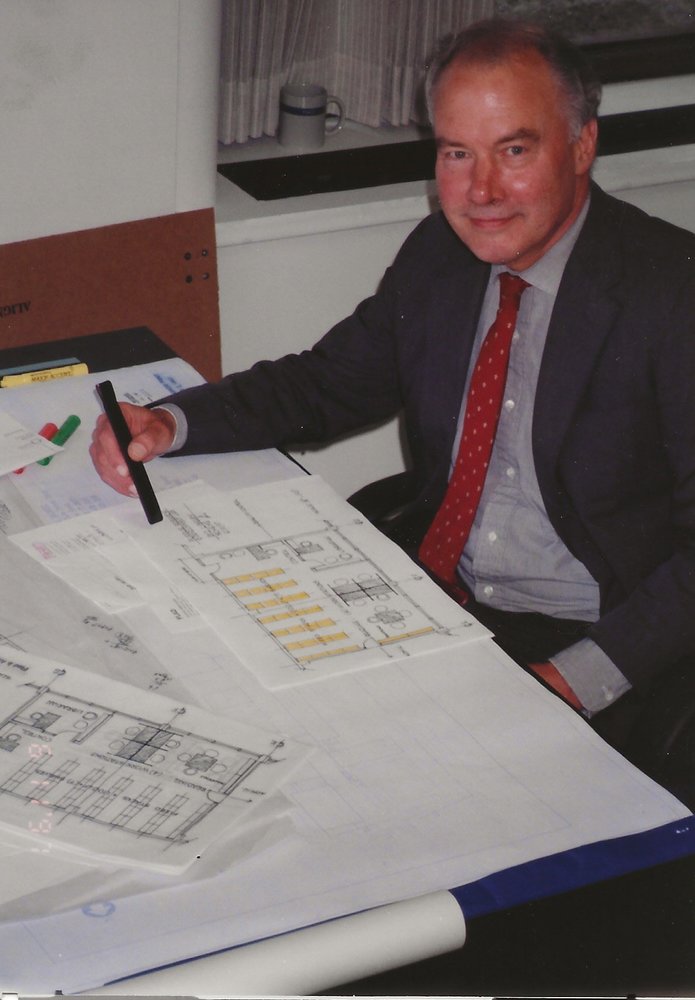 Carl Spencer Muskat passed away peacefully at Stamford Hospital on October 10, 2019.  He was born on February 18, 1938, in Minneapolis, Minnesota.

Carl graduated from Newtown Friends School and George School in Newtown, PA. where he excelled in history and was a star on the wrestling team.

At Cornell University Carl was a member of Chi Psi Fraternity, graduating with a BA degree in architecture in 1959. His first position in architecture was with Harrison & Abramovitz, Architects, NYC, working on the Corning Glass Building, the United Nations and Lincoln Center.  Carl’s position as an architectural planner for CUNY Lehman College, NYC, led him to develop a master plan for the campus in the Bronx.

While living in Upper Montclair, NJ, Carl became partner in charge of the Basking Ridge, NJ office of Haines, Lundberg & Waehler (HLW), NYC, Architects.  With a lifelong interest in baseball, Carl became a popular Little League coach in Montclair. He had great enjoyment of family and pets - dogs, cats, ducks, and his daughter’s horse.

In 2002 he moved to Stamford, CT where he managed the office of Flad & Associates, Architects, Madison, WI. His expertise was in developing laboratories for colleges and pharmaceutical companies in the United States.

Carl enjoyed the outdoors and hiking, especially in the White Mountains of New Hampshire where he camped with his children.  His favorite walks in Stamford were six and eight-mile treks which he faithfully ventured on every few days throughout the years.  Carl greatly enjoyed caring for his Siamese cats Whitey and Brownie, as well as maintaining a beautiful flower garden at his home.

He was predeceased by his mother, Frances Abbe, stepfather, Charles H. Abbe, brother, Michael Muskat and father, John B. Muskat.

A celebration of Carl’s life is planned for a later date.

Donations in Carl’s memory can be made to the American Heart Association and ASPCA.

Share Your Memory of
Carl
Upload Your Memory View All Memories
Be the first to upload a memory!
Share A Memory
Plant a Tree