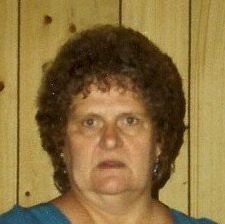 Obituary of Evelyn A. Menhennett

Evelyn A. Menhennett, 82, wife of the late Felix E. Menhennett, passed away on Wednesday January 8, 2020 at Lord Chamberlain Nursing Home in Stratford. She was the daughter of Evert and Jennie Anderson. In addition to her husband and parents she was predeceased by her son in law Edward Nevells and former son in law Dominick Goncalves. She was a lifelong resident of Stratford, living in the home her Grandfather built until she entered the nursing home. She loved making crafts, listening to music, watching Uconn Huskies Basketball, and Nascar Races. She is survived by her children, Laurie Nevells partner Robert Zapatka, Debbie Goncalves, Paul Menhennett wife Tammy. She also leaves behind her Grandchildren, Amanda Nevells, David Nevells wife Lindsey, Jennifer Goncalves, Kari Goble husband Albert, Mathew and Shawn Kos and their families. Great Grandchildren Keegan Nevells and Charlotte Goble. She is also survived by several cousins, nieces and nephews. A Memorial Service for Evelyn will be held at a later date determined by the family. Nutmeg State Cremation Society is assisting with arrangements which will be updated on their website. www.nutmegcremation.com

Share Your Memory of
Evelyn
Upload Your Memory View All Memories
Be the first to upload a memory!
Share A Memory
Plant a Tree