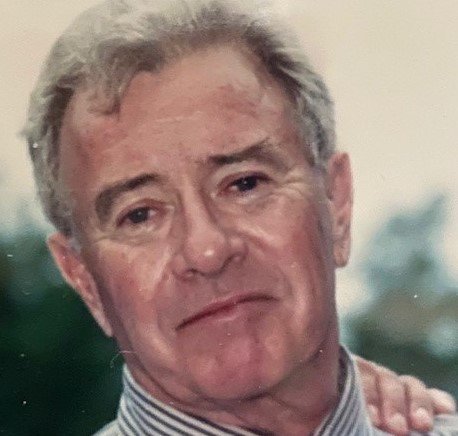 Dr. Walter T. Shanley, 85, died peacefully at his home Friday, May 8, 2020 in Stratford Connecticut. Dr. Shanley was born on March 29, 1935 in Bridgeport Hospital. The son of Walter Ambrose Shanley and Agnes Keenan Shanley, he attended Fairfield Preparatory High School and graduated in 1952. He later attended Fairfield University and graduated with a Bachelor of Science degree in 1957. Subsequently, Walter attended New York Medical College in New York City where he received his MD degree. He completed an internship and general surgery residency at Saint Vincent’s Medical Center in Bridgeport Connecticut. He would later complete another residency in orthopedic surgery at the Lahey Clinic, then located in Boston. He furthered his training at the Shriners Hospital in Springfield Massachusetts where he completed another year training and specializing in pediatric orthopedics. Walter served in the United States Army reserves and he obtained the rank of Captain during the Vietnam War. He returned to Bridgeport and worked at St. Vincent’s Medical Center as an orthopedic surgeon until his retirement in 2001. While at St. Vincent’s, he was appointed chief of orthopedics. He was known to his colleagues, residents, nurses and especially his patients as a very competent, compassionate, and caring physician who possessed an infinite amount of kindness towards people and towards animals. Amongst his hobbies, he had a passion for skiing, enjoyed good food and great wines. He thoroughly enjoyed his many trips to Vermont. He enjoyed playing golf and engaging in good political discussions over a glass of wine shared with family and friend, while often grilling food and sitting by a warm fireplace. He was a master at gardening with a huge respect for our planet. Walter is survived by his loving wife of 24 years, Ana R. Shanley, his children Elizabeth, Walter (Ingrid), Patrick, Christopher, and his grandson Myles. He is also survived by his sister and her husband, AnnMarie and Richard Wright and his three nieces, Shannon, Maura and Meghan. Survivors also include his stepson, James Michael Shannon III, (Tania), and his step grandson James Michael Shannon IV. Due to the pandemic, a funeral celebration of Walter’s life will take place and be announced at a later date. Consistent with Walter’s wishes, it will be at Block Island, Rhode Island. In lieu of flowers, donations may be made in his memory to the ASPCA or to the Wounded Warriors Project.

Share Your Memory of
Walter
Upload Your Memory View All Memories
Be the first to upload a memory!
Share A Memory
Plant a Tree