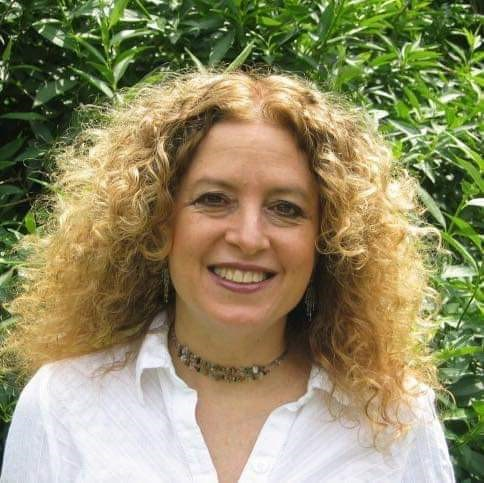 Patti Preiss-Harris of Stamford, CT, wife, sister, friend, and teacher passed away peacefully in her sleep on Saturday, May 30th, 2020 after a twenty month struggle with cancer, which she bore with grace, courage, and strength of Spirit. Patti was born on May 19,1950 in New York City, NY and grew up in White Plains, NY. She was preceded in death by her parents Madeline Preiss and Fredric Preiss (Henriett Blinde Preiss). Patti was full of life and love and generosity of spirit. She left us all too early. From a very early age Patti was always passionate about the arts. She studied calligraphy and Chinese painting, wrote poetry, and White Plains High School in 1968 where she was the First female editor of the school newspaper, something for which she was always proud. She then went on to a year at Barnard College before embarking on a yearlong, spiritual journey to the East, which took her to India, Thailand, and Sri Lanka. Patti returned to live in Cambridge, MA where she was accepted as one of the first female undergraduates at Harvard University, graduating cum laude in 1973. Patti continued studying and performing in Boston as a bass player and then moved to Hancock, MA in the Berkshire Mountains where she taught and performed on piano with local artists including Arlo Guthrie. During this time she continued to study jazz with Karl Berger’s Creative Music Studio in Woodstock, NY. There she met and performed with Don Cherry, Ed Blackwell and Jimmy Gioffre among others. She was tapped by famed jazz pianist and composer Carla Bley to join her band for a tour of Europe. Upon her return Patti headed to California to study under the tutelage of jazz great, Charlie Haden at the California Institute of the Arts where she earned her Masters Degree in Musical Composition in 1987. Upon returning to the east coast Patti began teaching piano at Greenwich Music where she met the love her life, Bill Harris. They wrote and performed music together for the next 30 years of friendship and marriage. they led a jazz standards. Patti’s musical gifts were abundant as an accomplished performer, teacher,and composer.She played across diverse musical genres including jazz, classical, blues, and contemporary,as well as original compositions. For the past seven years she has been the musical director at the Unitarian Church in downtown Stamford where she found a spiritual home and abiding friendships. Patti leaves behind to cherish her memory her devoted husband, Bill, her stepdaughter Sarah Harris of Brooklyn, NY,her brothers Richard Preiss (Cathy) of Charlotte, NC and David Preiss of Danville, CA, her two stepbrothers, Henry Blinder (Ruth) of Miami,FL and Jon Blinder of Grass Valley,CA. Also surviving are her seven nieces and nephews. Patti gave of herself with a steady gentle,attentiveness and extraordinary humility. She will long be missed and remembered well.There will be a future memorial service to celibrate Patti's life. once we are able to safely gather together again. Memorial donations can be made in Patti’s memory to Furry Animals Being Saved, Inc. PO Box 114, Tolland, CT 06084 which is the rescue group where Patti and Bill have adopted their two current dogs

Share Your Memory of
Patricia
Upload Your Memory View All Memories
Be the first to upload a memory!
Share A Memory
Plant a Tree