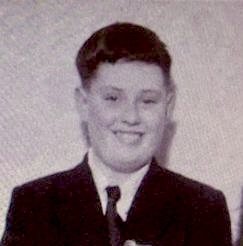 John Malcolm Lewis was born on September 18th1946 in the United Kingdom to Margaret and Idwal Lewis. He grew up in Harrow, London with his younger siblings; brothers Barry and Clive, and sister Helen. His friends and family knew him as “Max” and “Malcolm”. Max attended Harrow County Boys Grammar School and later graduated from University College London where he studied Economics. He worked for Kleinwort Benson and later, Bankers Trust. On June 3rd1972 he married Stanislawa Marie Lewis, the mother of his children; Malcolm Idwal Lewis and Katherine Alexandria Lewis, born in 1979 and 1981. Max moved to Darien, Connecticut in 1981 where he resided for 27 years. Some of his hobbies were model train sets, Civil War and WWII history books. He was a member of the Stamford Eagles Club and the Springdale Athletic Club. Max was kind, warm, charming, humorous and loved his family deeply. He lost his daughter in 1997 and his wife in 2015, but he never gave up. His son, Malcolm, remembers Max going swimming in an underground river in the Yucatan Peninsula, visiting Gettysburg, taking the cog railway to the summit of Mount Washington, getting a guided tour of Canyon de Chelly, and hanging out at the pubs in Darien and Stamford with his friends. Son Malcolm Lewis wishes to honor his father by requesting loved ones and community members consider planting a tree in his memory at the Crystal, White Mountain National Forest - New Hampshire. It is a green gift for many generations to come. Contact alivingtribute.org with correspondence to Nutmeg State Cremation Society 453 Shippan Ave, Suite 1, Stamford Connecticut 06902. To extend a personal message or remembrance to the family, please visit www.nutmegcremation.org https://www.alivingtribute.org/?gclid=CjwKCAjwsO_4BRBBEiwAyagRTZMldlAkDHFKvg1bsxapCDxBBF5lnlGQ8kgoBLDm0dxs9_pxjy-_-BoCr38QAvD_BwE

Share Your Memory of
John
Upload Your Memory View All Memories
Be the first to upload a memory!
Share A Memory
Plant a Tree