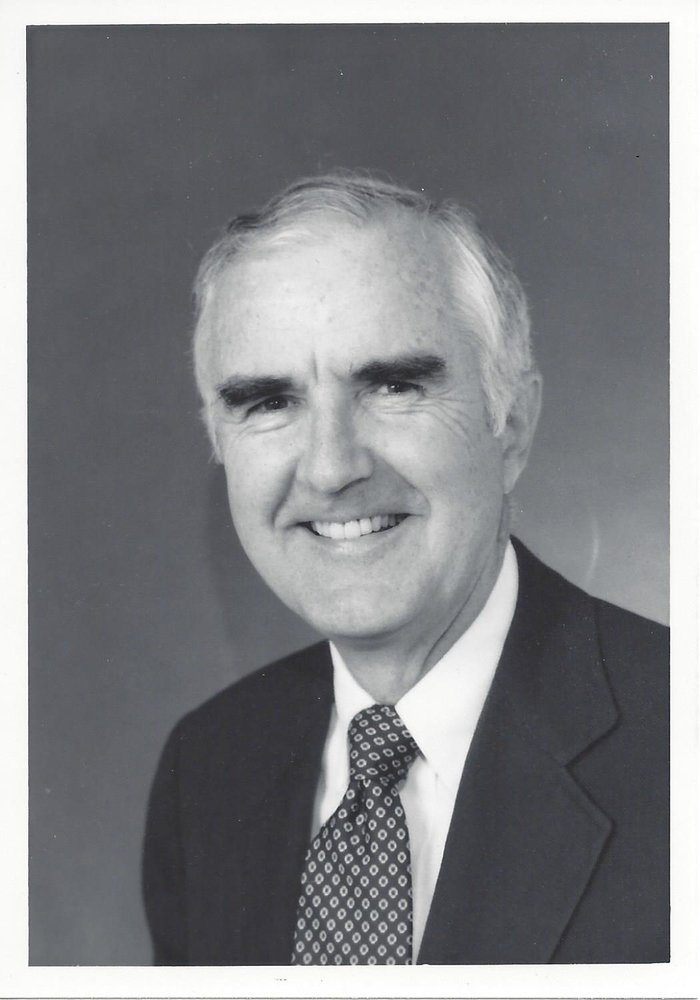 William MacLeod Jackson died in his sleep November 19 in Stamford, Conn., at Edgehill, the retirement community where he and his late wife, Mary Otto Jackson, had moved in 2003. Born April 18, 1926, to William and Florence (MacLeod) Jackson, Bill grew up in Scarsdale, NY. He met Mary in fourth grade, they started dating in high school, and they celebrated their 69th wedding anniversary in 2017, a few days before she died. Bill and Mary lived in Boston, Levittown, NY, and Scarsdale before moving to Allentown, Pa., in 1957. Over the next 46 years there, they were active in the community and Bill held leadership roles in the Allentown Public Library, Allentown Commercial and Industrial Development Authority, First Presbyterian Church, Lehigh Valley Hospital, Muhlenberg and Cedar Crest Colleges, YMCA, and more. In Stamford, he headed the Edgehill Residents Council. Bill and Mary served on the board of Camp Onaway and supported Camp Dudley, which he attended, as did their sons and grandsons. Bill graduated from Deerfield Academy and Princeton University; he also attended MIT through the Navy V-12 program and served in the Naval Reserve 1943-46. Upon finishing college, he joined Bonney Forge as a sales engineer, patenting several products to improve manufacturing processes, starting international operations, and rising to be group president of what had become Gulf + Western Industrial Products. After retiring, he ran his own consulting business in Allentown for more than two decades. Compassionate and kind, with an unfailing work ethic and an ever-present twinkle in his eye, Bill was a gentleman in the old-fashioned sense of the word, always interested in and supportive of people he met. Despite suffering from multiple sclerosis for more than 50 years, he skied into his 60s, played tennis into his 70s, was able to walk until his last few weeks, and always maintained his good spirits. He loved photography, traveling, ping-pong, raisin bread with honey, spending time with family, and figuring out better ways to do things. Bill is survived by his sister, Miriam Jackson Curran of Seattle; children Stuart of Toronto, Ont., Frederick (Michelle) of Branford, Conn., Allen (Lori) of Old Greenwich, Conn., and Susan (Eric Pomerance) of New York City; grandchildren Bill (Nicole), Katie, Carl (Monica), Harry, and Mary Alice Jackson, and Henry Pomerance; and three great grandsons A celebration of life will be held once it is safe to gather. In lieu of flowers, donations can be made to Allentown Public Library, Camp Dudley, Mianus River Gorge Preserve, or National MS Society. The family thanks the dedicated staffs of Edgehill and Thomas Real Care.

Share Your Memory of
William
Upload Your Memory View All Memories
Be the first to upload a memory!
Share A Memory
Plant a Tree