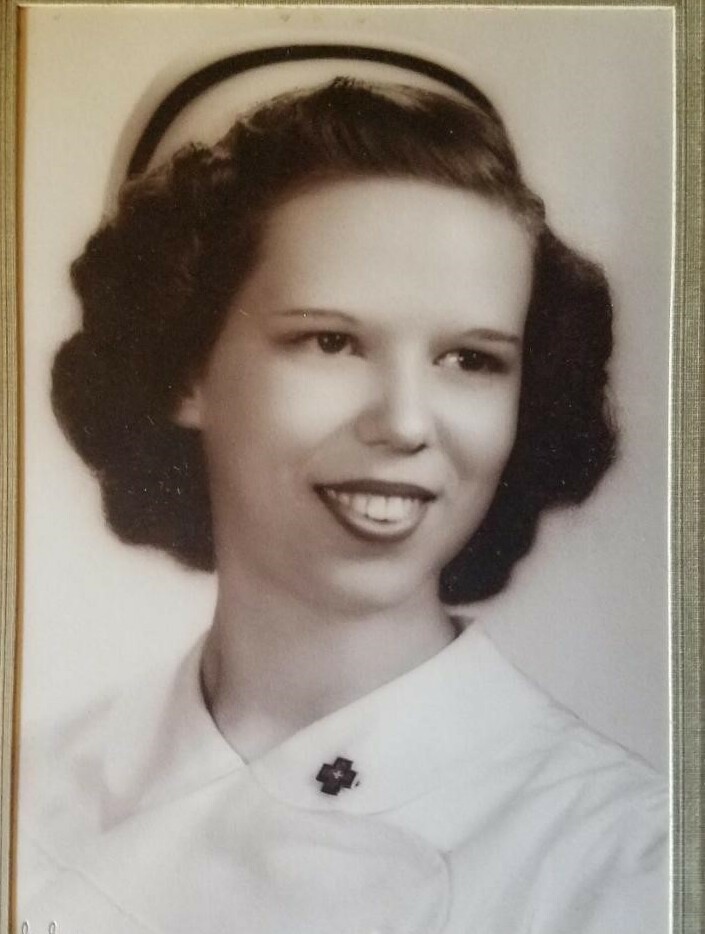 It is with deep sorrow that we announce the passing of Alta Helen (Hibbard) Jelliffe, of Darien, CT, on Wednesday, November 3, 2021. She died peacefully in the early morning hours with her beloved family surrounding her. She was 95 years old. Alta was born on August 11, 1926 to Rev. Ernest Leroy and Effie J. Hibbard in Benton Harbor, Michigan. The daughter of a Free Methodist minister, Alta was raised in the church and came to know the teachings of the Christian faith from a very young age. Throughout her long life, she drew strength, solace, and encouragement from the Bible she knew and loved so well. After graduating from high school, Alta went on to earn a diploma from Spring Arbor Seminary and Junior College in Spring Arbor, Michigan. In 1950, she earned a diploma from the School of Nursing in Jackson, Michigan and later, she received certification as a Registered Nurse from the Michigan Board of Registered Nurses. After relocating to New York City, a desire to see the world led Alta to travel to Europe on a bicycle trip in the summer of 1955, where she visited several cities in Italy, France, Spain, England, and Switzerland. Upon returning to the States, she went to work at the Payne Whitney Psychiatric Clinic in New York City. Alta loved music and singing, and she joined a singing group, the Choraliers, while living in the city. It was there she met her husband, Gordon, with whom she spent 61 years. Eventually, the couple moved to Darien, CT in 1963, where they raised their four children. Alta later continued her nursing profession, working with a local doctor for many years. Alta was confirmed at St. Paul’s Episcopal Church in Darien in 1967. She and Gordon were loyal members of St. Paul’s where they both sang in the choir and contributed in many other ways to the life of the congregation. Besides her love of birds and nature, Alta’s greatest treasure in life was her family. She was a loving wife, devoted mother, and doting grandmother (“G-ma” as she was known to her grandkids). Nothing gave her more pleasure in her later years than spending time with her children, grandchildren, and great-grandchildren. She is survived by her husband Gordon and their four children: David Jelliffe of Dumfries, VA; Pamela (Jelliffe) Mulvihill and husband, John of Wenham, MA; Andrew Jelliffe and wife, Kathy of Nutley, NJ; and Debbie (Jelliffe) de la Rivera and husband, Bernard of Darien, CT. She is also survived by her eight grandchildren: Ian (and wife, Catherine), Lucas, Clare, Bethany, Cheyenne, Michaela, Josh, Jack and two step grandchildren: Emily Mulvihill and Catlin Mulvihill Barnes. Included is her great-grandchild, Jaxson Jelliffe, and step-great grandchildren, Samantha Mulvihill and Blake and Brayden Barnes. She is predeceased by one grandchild, Adrianna (Dee) Jelliffe. She is also survived by a sister, Miriam (Hibbard) Northrop, and brother-in-law, Donald, of Seattle, WA, as well as many beloved nieces and nephews, neighbors, and church friends. A service in Alta’s memory will be held in the summer of 2022. In lieu of flowers, please consider making a donation to the Connecticut Nurses’ Foundation (http://ctnursesfoundation.org/donate/) and Constellation Health Services (https://constellationhs.com/).

Share Your Memory of
Alta
Upload Your Memory View All Memories
Be the first to upload a memory!
Share A Memory
Plant a Tree