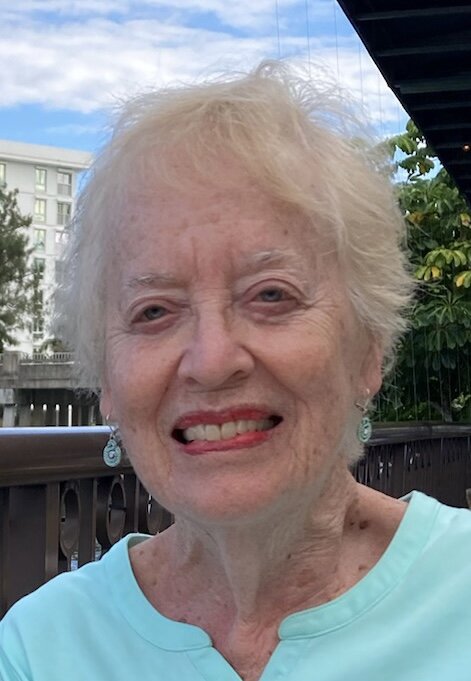 Deborah Dole Berner, age 81 of Cos Cob, CT, passed away on Tuesday, March 8, 2022 at Stamford Hospital. Born in 1941 in Flushing, Queens, Debbie lived in the town of Greenwich for 54 years. Debbie and Gary Berner shared 56 years of marriage. She was the daughter of the late Mr. and Mrs. Herbert and Dorothy Hargrave Weigand. Mrs. Berner earned her undergraduate degree from the University of Buffalo, where she and her twin sister, Lynn (Ensminger), enjoyed an engaging academic and active social life and developed many lifelong friendships. After college, Debbie earned a Master's degree at Teachers College, Columbia University; and it was during this time that she met Gary at an Upper East Side bar. Gary, a Canadian from Toronto, had just joined Grey Advertising after studying business in Indiana. The couple married near the bride’s childhood home in Bayside, then moved to Riverside, Connecticut where they welcomed two sons. The family eventually settled in Cos Cob on a cul-de-sac on Dandy Drive, where Debbie enjoyed her flourishing garden and the Berner boys played street hockey, often with their mother as an eager participant. Debbie often lamented the fact that league sports were not available to girls during her own childhood, despite being a more-than-proficient player in the many contests on the sandlots and backstreets of Bayside. She was the perfect “Sports Mom”, cheering on her boys during their hockey and baseball games. Later in life, she continued her support as a proud Grandma, never missing her grandchildrens’ sporting events, recitals, theatrical performances, confirmations and graduations and often traveled across the country to do so. Debbie was an active citizen and devoted her time to many civic and cultural causes, both professionally and as a volunteer. Professionally, Debbie followed in her parents’ footsteps and devoted much of her life to teaching. In addition to her 29 years as an educator for 4-year-olds at First Church Preschool of Greenwich, she worked at Stamford Hospital as an operating room coordinator for 15 years. In her personal time, she was an active member of the First Congregational Church of Greenwich, over the years serving as a Sunday School teacher, Choir member, Deacon, Cherub Choir Pianist, care-giver with the Stephen Ministry, member of the Hats Off Book Club, and more. The Church was the center of her community life, where performing in the annual Messiah concert was the highlight of her holiday season. An equally active member of the civic community in the Town of Greenwich, Debbie served as an RTM member for 7 years, as a piano player for seniors at Nathaniel Witherell, a docent at the Bruce Museum, a volunteer at the River House Adult Day Center and as a gardener at the Montgomery Pinetum greenhouse. In her retirement years, Debbie gleefully traveled the globe in the company of friends, and often with her beloved twin sister, Lynn. During all of these travels, Debbie loved to visit museums, stroll, bike, and kayak; she famously earned a cheeky reputation for her complete disregard of alpine-lake water temperatures or beach currents! She also cherished her time in Sun Valley, Idaho; hiking, biking, cross-country skiing and attending the Sun Valley Symphony concerts. An avid reader, Debbie loved learning about her surroundings wherever she was, and she had a genuine sense of inquisitiveness that was always accompanied by her easy smile, vibrant blue eyes, and her gentle speaking voice. She is preceded in death by her twin sister, Lynn Ensminger of East Aurora, New York. In addition to her husband, Gary Berner, Debbie is survived by her two sons, Randy Berner (Stephanie White Berner), Greg Berner (Heather Roper Berner), and her four beloved grandchildren: Teddy, Toby, Abby, and Charley. Debbie’s memorial service will be held May 21, 2022 11:00am at the First Congregational Church of Greenwich in Old Greenwich, CT. In lieu of flowers, charitable donations can be made to the Greenwich Botanical Center: https://greenwichbotanicalcenter.org/give/

Share Your Memory of
Deborah
Upload Your Memory View All Memories
Be the first to upload a memory!
Share A Memory
Plant a Tree