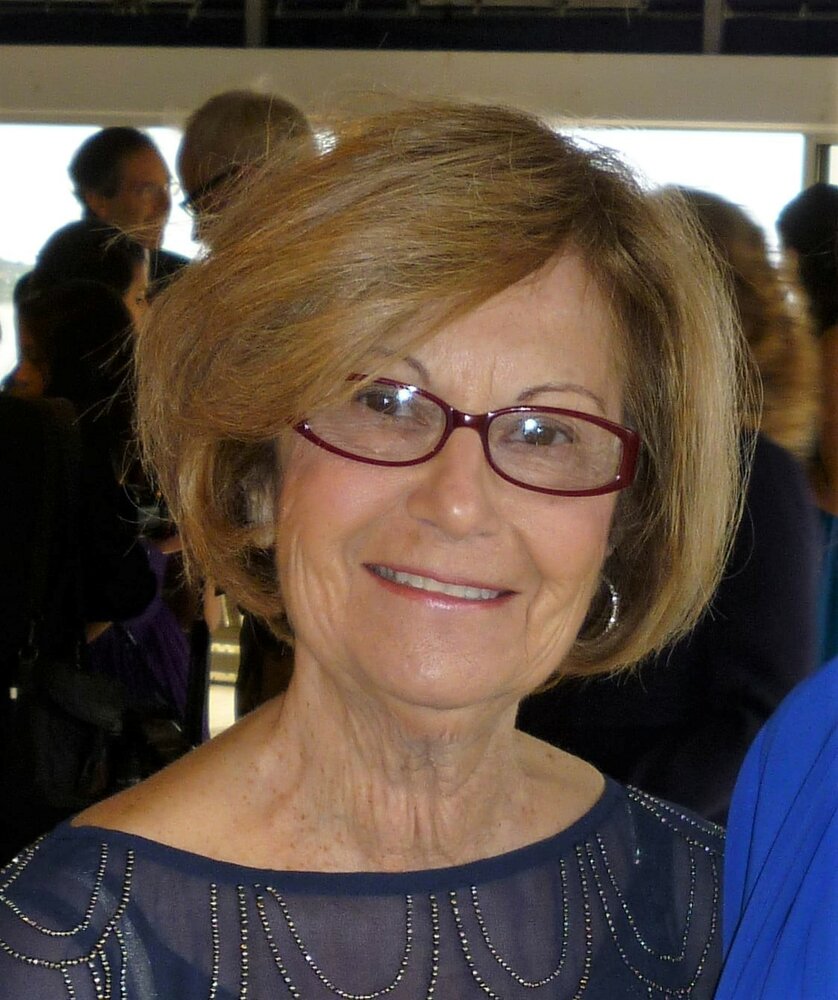 Judith M. Frederick, beloved wife, mom, aunt, and grandmother died on March 30, 2022, in Stamford, Connecticut. She was 82 years old. Judith, known as Judy to all who knew her, began her life as Judith Marie Winschuh in the Totowa section of Paterson, N.J., where she attended St. Mary’s Elementary and High School. During her college years at Montclair State, she was wooed by Ronald Frederick from the rival Stoney Road section who told her on their first date that he was going to marry her. True to form, they were wed soon after. Judy put her college plans on hold to have their first two children, Jacqueline and Ronald, went back to school to complete her degree in education as an art teacher and then gave birth to their third child, Kimberly. She began her teaching career at Roberto Clemente School in Paterson, N.J., and went on to teach art in the Ridgewood and Waldwick, N.J., school districts. She loved being a teacher and it showed. She was strong in her belief that art was just as important as every other school subject, even when her art room was eliminated due to budget cuts, and she went from classroom-to-classroom teaching art from a push cart. Through her fun-loving personality, her care for others and a genuine interest in fostering creativity in her students, she formed strong bonds with those she taught. Students often hung out in her classroom on their lunch break and before and after school because they felt comfortable talking about their lives and sharing in conversation with her. Judy taught for close to 25 years. Judy loved nature, tennis, shopping, crossword and jigsaw puzzles and was an avid reader, often reading two to three books at a time. She delighted in her children and grandchildren and loved getting updates on their lives. She relished the simple pleasures, including a good laugh (and she had a big one), and often could be found outside in a lounge chair on the deck of her home in Hawthorne, N.J., enjoying the sights, sounds and smells of nature. She relished the comforts of her home and the routine of waking up to a cup of coffee brought to her every day by her husband. They would then update one another on the latest news and politics, often debating even though both were die-hard Democrats (save for the one time she switched parties to vote for someone she favored in a state election). Judy had a kind heart and loved connecting with others, whether with friends, neighbors, or even strangers she met on her way. She not only mastered the art of small talk but was known to sometimes give money to someone who was short on cash when buying coffee at a local Dunkin’ Donuts or even giving a ride to a hitchhiker “because he looked fine.” Quite simply, she cared about others. At the same time, she was never without an opinion and didn’t hesitate to let it be known. She was a fiercely vocal champion of racial justice, women’s and gay rights and denounced patriarchy in any form. Judy was also an animal lover and was never without a pet cat which often started out as a stray only to be nurtured and domesticated by her. She loved having her children’s friends at her home and never missed an opportunity to be part of the conversation. Yearly family vacations on the Jersey shore were always an open invitation for family and friends to stay over. Judy was the beloved wife of the late Ronald J. Frederick. Loving mother of Jackie Frederick-Berner and her husband Paul Berner of Rye, N.Y., Ronald Frederick, Jr. and his husband Tim Beyer of Los Angeles, Calif., and Kimberly Frederick Snapper and her husband Scott Snapper of Wellesley, Mass. Devoted grandmother of Benjamin Berner, Theo Berner, Ethan Snapper, Natasha Snapper, Tara Snapper, and Olivia Snapper. Judy is also survived by many dear nieces and nephews. She is preceded in death by her beloved brother Theodore Winschuh, Jr., parents Theodore and Theresa Winschuh and her aunt Marie Talarico. A graveside memorial is scheduled for 10 a.m. on Sunday, April 24, 2022, at Holy Sepulchre Cemetery in Totowa, N.J. (Union Blvd. Side Section between Cumberland Ave. and Shepherd Lane, St. John the Baptist Section #17). In lieu of flowers, memorial donations can be made to the Alzheimer’s Association at www.alz.org

Share Your Memory of
Judith
Upload Your Memory View All Memories
Be the first to upload a memory!
Share A Memory
Plant a Tree