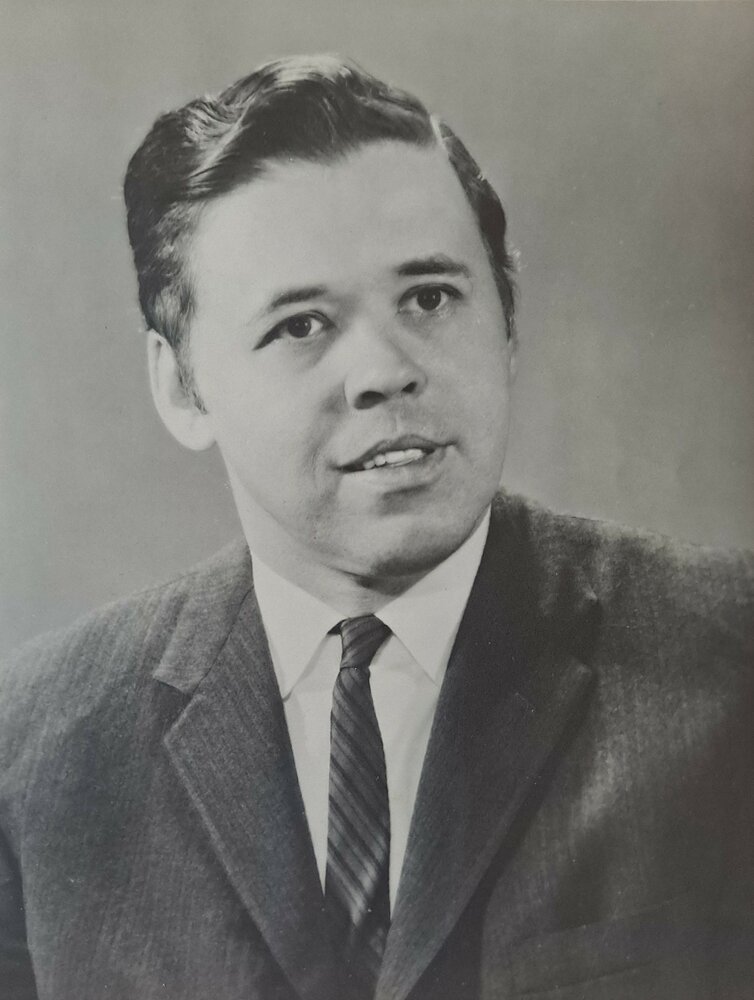 Gordon Jelliffe, 89, of Darien, CT peacefully passed away on June 10, 2022. Born in Brooklyn, NY on December 3,1932, Gordon was the son of Ely Jelliffe and Yvonne (Ryley) Jelliffe, and was the youngest of three boys. He is predeceased by his brothers David Jelliffe and Donald Jelliffe. His paternal grandfather was Dr. Smith Ely Jelliffe, a prominent psychologist and author in New York City and Lake George, NY in the late 1800’s. Gordon grew up in New York City and Darien, CT attending Saint Thomas Choir School (NYC), Wooster School (Danbury, CT), and graduated from Trinity College (Hartford, CT) in 1954. He served his country in the Army for two years and then returned to NYC to become a businessman, with positions in sales, marketing, and advertising with The Singer Corporation and for many years with General Electric Corporation. He met his wife, Alta (Hibbard) Jelliffe in a chorus in which they were both members. After the birth of their first two children, the couple moved out of New York and they took on ownership of the family homestead in Darien and had two more children. During his life, Gordon enjoyed many lifelong hobbies such as singing in various choral groups, church choirs, and barbershop quartet groups. From early choir school days, music was one of his passions. In addition, he was an avid tinkerer and craftsman, and in his later years, he practiced the art of watercolor painting and drawing. He had a creative spirit, boundless energy, and had much joie de vivre - always the life of the party whether at family gatherings, neighborhood parties, or many church functions. A strong believer in Jesus Christ and his saving grace, Gordon was a member and leader among the community of St. Paul’s Episcopal Church in Darien for over 55 years and served on staff as an administrator and youth director (organized many Youth Rallies) for 20 years. In his retirement years, Gordon was a substitute teacher in the Darien Public Schools and was a helper for many town elections. Gordon is predeceased by his wife of 61 years, Alta (Hibbard) Jelliffe and one granddaughter, Adrianna (Dee) Jelliffe and is survived by his four children and their spouses: J. David Jelliffe of Dumfries, VA; Pamela (Jelliffe) Mulvihill and husband, John of Wenham, MA; Andrew D. Jelliffe and wife, Kathy of Nutley, NJ; and Deborah (Jelliffe) de la Rivera and husband, Bernard of Darien, CT. He has 11 grandchildren to whom he was affectionately known as “Gpa.” He has 5 great grandchildren. He also leaves behind many other extended family members and church friends both near and far. He will be missed by all. In the last few months of his life, battling cancer and kidney failure, Gordon received excellent, compassionate hospice care from the staff of Constellation Hospice Care while residing at Fairfield County House in Stamford, CT. His family asks that any donations in his name be directed to Fairfield County House (https://www.fairfieldcountyhouse.org/). A celebration of life service will be held in the fall of 2022.

Share Your Memory of
Gordon
Upload Your Memory View All Memories
Be the first to upload a memory!
Share A Memory
Plant a Tree