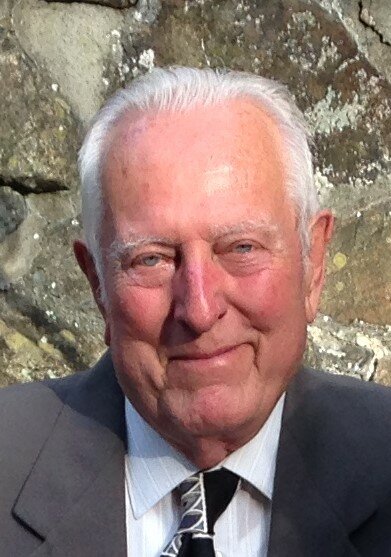 Dr Wilhad Reuter was born in 1930 in Flensburg, Germany, growing up during the very difficult times of World War 2. As a teenager, he thankfully only had to serve as a trench digger. After the war, he focused on building a scientific career, while working long hours in coal mines to support himself. Along the way he met his wife and lifelong soulmate, Maria Wittmann, with whom he had two sons, Wilhad M Reuter and Karl Otto Reuter. His educational pursuits culminated in a PhD in Physical Chemistry from the University of Mainz and provided the springboard for finding potential professional opportunities abroad. In 1958, having found employment in Pittsburgh, PA, Wilhad and his family migrated to the US on the ocean liner SS United States. A year later, finding a more promising opportunity, he moved the family to St Marys, PA, first living on a farm, which the family thoroughly enjoyed. In 1962, he got his big break, landing a position as physicist at the esteemed IBM Watson Research Center in Yorktown, NY. With his new position secured, the family settled in Mahopac, NY and, a year later, had a house built on 7 acres of former farm land. This became the pride and joy of the entire family, with many dedicated hours spent landscaping the property and designing an amazing garden surrounding the house. When not immersed in his scientific exploits at IBM, Wilhad would spend much of his time moving/burying stonewalls/boulders, sawing down past-prime trees, planting new trees, chopping firewood, mowing fields and repairing all the requisite equipment/tools for all of this. Of course, he made sure that the entire family had “fun” in these undertakings as well. Both his sons spent many Saturdays, and occasional Sundays, contributing their efforts, often rewarded with a beer, or two, after their toil. Throughout, Wilhad promoted discipline and provided both a very strong work ethic and role model for the entire family, which is much appreciated to this day. On the professional side, through great dedication, Wilhad steadily moved up the research hierarchy, establishing himself as the lead physicist and director of the surface analysis department at the research center. This provided him the benefit of attending quite a number of national and international conferences, allowing his wife Maria to join him on a number of these trips, taking advantage of the sightseeing along the way. Besides his professional, home/family, reading and travel interests, Wilhad developed a real passion for skiing in the winter, which passion was soon picked up by all the rest of the family. These family outings became the highlight of many winters. In his later years, this is the one activity that Wilhad regretted most having to leave behind. All in all, as he himself stated, Wilhad had a wonderful all-fulfilling 92-year ride, which he wouldn’t have wanted to trade for anything. He experienced a lot, saw a lot and learned a lot along the way. He is survived by his wife, Maria Reuter, his two sons, Wilhad M Reuter and Karl Otto Reuter, their respective spouses, Selena and Janet, and three grandchildren, Alyssa, Nicole and Hans. To a wonderful and caring individual, husband and father, may he truly rest in peace.

A Memorial Tree was planted for Dr. Wilhad
We are deeply sorry for your loss ~ the staff at Nutmeg State Cremation Society
Join in honoring their life - plant a memorial tree

Share Your Memory of
Dr. Wilhad
Upload Your Memory View All Memories
Be the first to upload a memory!
Share A Memory
Plant a Tree