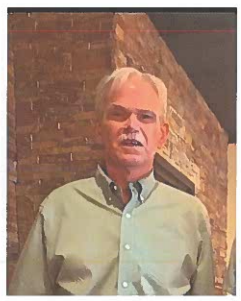 Howard Alan Fletcher died unexpectedly on August 10, 2022 in New Canaan, CT. He was 71. Born May 8, 1951, in Evanston, II, he was the son of Alexander C. and Ethel Dixon Fletcher. Alan attended Darien High School. Alan was a gifted craftsman with an exceptional eye for color. He fine-tuned these talents for many years in his painting business. He was the family’s go-to-guy for home restoration and repair advice, and more. Later in life, he enjoyed a long career in retail sales with Home Depot and Rings End Lumber. Alan has a lifelong love affair with music. He was talented drummer and singer, and joined several bands throughout his life, including the Bobby Pedd Band. Most recently, he treasured his time with the inimitable Bad Dogs Band, not only for the chance to create live music, but also for the lasting friendships he found there. His family will remember Alan as a great brother and uncle, a sharp dresser, a lover of good jokes, the greatest babysitter uncle, and an avid vintage car enthusiast. He is admired for the tremendous courage he showed in his valiant battle with chronic lung disease. Predeceased by his parents, his brother Dixon M. Fletcher and Arthur W. Fletcher, and his sister Lucia F. Underhill, he is survived by his siblings: Trudy O’Donnell, Alexander C. Fletcher Jr. (Karen), Francie Evans (Grant), and Tony Fletcher, as well as several nieces and nephews, and many cousins. A memorial Remembrance will be held Sunday, October 9, 2022 at 1:30pm in the Atrium at Noroton Presbyterian Church, 2011 Post Rd, Darien, CT. Rather than top 40 radio, Alan was a fan of original live music at member supported WFUV.org (90.7 FM) and Channel 13 (Thirteen.org). In lieu of flowers, you may wish to consider a donation in his name, or simply offer encouragement and support to your favorite local musicians, perhaps the most fitting tribute of all to the memory of Alan Fletcher. He will be sorely missed.

Share Your Memory of
Howard
Upload Your Memory View All Memories
Be the first to upload a memory!
Share A Memory
Plant a Tree