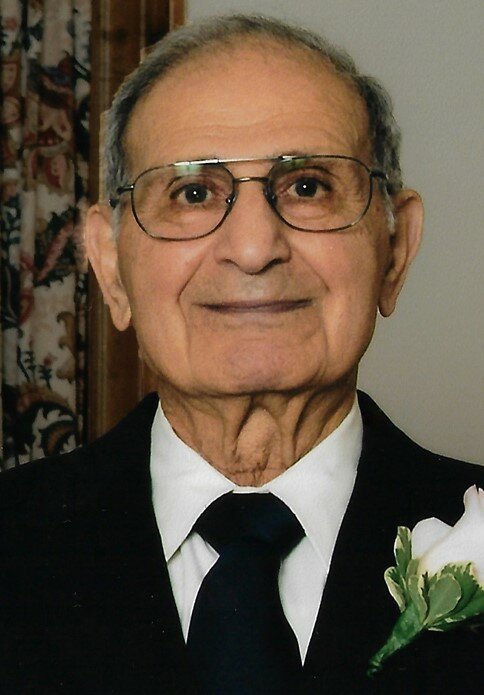 Dr. Charles Thomas “Tom” Isaacs Sr., 97, formerly of Hummelstown, PA, passed away peacefully, surrounded by his children, on Sunday, October 9 in Norwalk, CT. Tom was born in Monongah, WVA on April 12, 1925 and spent his youth in Donora, PA. along with 7 brothers and sisters. During WWII, Tom served as a member of the Army’s 399th infantry regiment 100th Division and was deployed to the front lines in France and Germany as part of the Central Europe Rhineland Campaign for 14 months. Throughout this time he was under active fire. After receiving a gunshot wound, he refused a Purple Heart Medal because he did not want to upset his mother. He received the Good Conduct Medal, the WWII Victory Medal (he was in Paris for V-E Day), the American Campaign Medal, European African Middle Eastern Campaign Medal, and the Expert Rifleman’s Medal. After his service in the Army, he attended the University of Pittsburgh. During that time, his brother introduced him to Alma Ann Pado, the account manager in a local pharmacy. In 1948, smitten with love after their first kiss, he proposed to her, his first and only love. They eloped to Winchester VA, and soon after moved to Arlington Virginia where he enrolled in Georgetown Medical School. After receiving his M.D. degree, the growing family moved to Harrisburg for his internship at the State Hospital. In 1954 he opened his practice on Constitution Avenue, Harrisburg as a family doctor, charging $3.00 for office visits and $5.00 for house calls. In 1963 he attended the University of West Virginia Medical School to specialize in anesthesia and returned to practice anesthesiology at the Harrisburg Hospital until his retirement in 1991. Tom also taught at the nurse anesthetist program at Harrisburg Hospital and was a frequent guest lecturer at Milton S. Hershey Medical Center. He was known to patients and operating room staff as the “singing anesthesiologist” since he would frequently sing to his patients while inducing their anesthesia. He was an avid gardener and devoted parent, grandparent, and great-grandparent. He enjoyed spending time with his best friends Bill and Helen Bucher. In 2017 he and his wife Alma moved to Norwalk, CT to be closer to family. He was preceded in death by Alma in 2019, three brothers Louis, George, and Richard and his sister, Gloria. He is survived by brothers William, Jerry, and Larry. Tom is remembered with much love and will be sorely missed by his entire family. He is survived by his children Charles (Carol Nigro), Dr. Nancy (Thomas) Sterling, Marta (Douglas) Paxson, grandchildren Sarah Haider, Katherine Gawryluk, Douglas Paxson Jr., Elizabeth Garrabrant, Carolyn Collins, and Thomas Sterling Jr., and great-grandchildren Grace, Montgomery, Ann, Libby, Benjamin, Maisie, Charlotte and Layla. A memorial service will be held at St. Michael’s Lutheran Church in New Canaan, CT on October 29. Interment will be held at a later date in Arlington National Cemetery. In lieu of flowers, memorial donations may be made to Person to Person, 1864 Post Road, Darien, CT 06820, an organization that provides numerous forms of support for local people in need. Donations can be made online at www.p2phelps.org

Share Your Memory of
Charles
Upload Your Memory View All Memories
Be the first to upload a memory!
Share A Memory
Plant a Tree