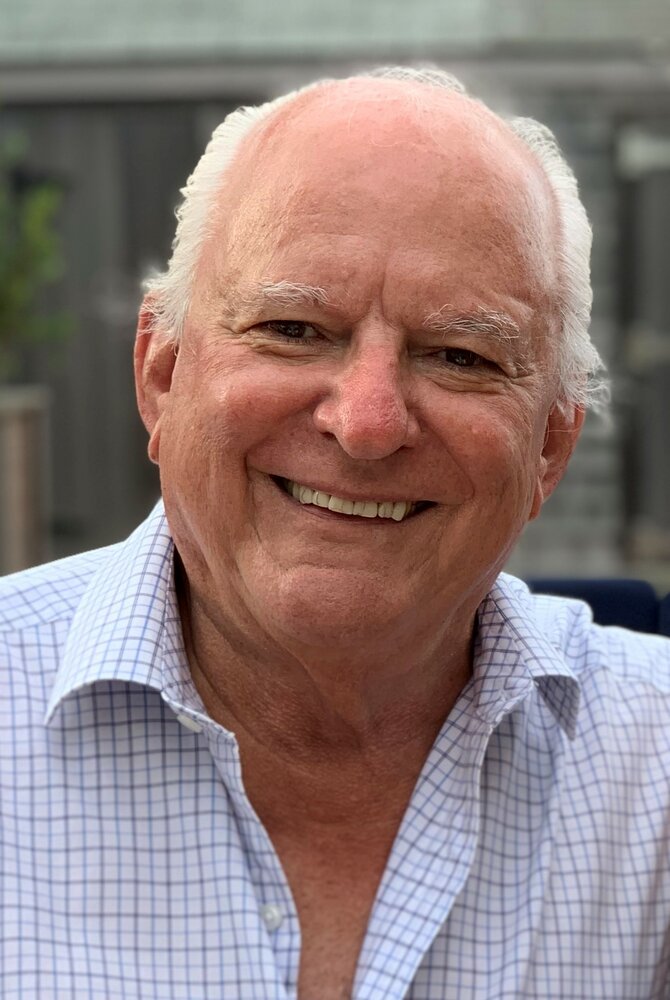 We are deeply saddened to announce the passing of Robert L. Mello, 75, of Norwalk, CT, on December 31, 2022, after a brief and courageous battle with leukemia. Robert was born and raised in Long Island City, New York, to Rose and Frank Mello on May 20, 1947. He received his early schooling from St. Mary’s Grammar School in Long Island City and graduated from Power Memorial Academy in Manhattan, before receiving his MBA from Long Island University. He traveled the world throughout a long career in banking and developed a passion for teaching while working as an adjunct professor at the Gabelli School of Business at Fordham University. After retirement, his love of children and teaching led him back to Riverside School in Greenwich, CT, where he had been working as a beloved paraprofessional for the last several years. He also served as a Board Member for the Children's Healing Institute in West Palm Beach, Florida. However, his most cherished job of all was that of being “Poppy” to his grandchildren, whom he loved more than anything in the world. Robert had many hobbies, including a passion for wine and Italian cooking, reading classic literature, listening to Frank Sinatra music, collecting Lionel trains, and traveling, particularly to visit cherished friends he had made while living in Italy, the South of France, and Florida, following his retirement. Robert lived every moment of his life to the fullest, making friends wherever he went and was always dressed to the nines, whether he was headed to his grandsons’ baseball games or out for a night on the town. Robert is survived by his daughter Patricia Wuest, of Winooski, VT, son Robert (Krista) Mello of Fairfield, CT, and sister Irene Rinaldi, of Maspeth, NY. He will be dearly missed by his beloved grandchildren, Christopher Wuest, Catherine (Cody) Mannigan, Owen Mello and Henry Mello, along with his nieces, nephews, cousins, and many friends. Our family would also like to express our sincerest gratitude to Dr. Francesca Montanari and the Greenwich Hospital oncology nursing staff for the diligence, skill, and compassion they showed throughout his illness. A memorial mass will be held on Thursday, January 19th at 10:30am at St. Mary’s Catholic Church, 10-08 49th Avenue, Long Island City, New York. In lieu of flowers, donations may be made in Robert’s honor to the Leukemia & Lymphoma Society (www.lls.org).

Share Your Memory of
Robert
Upload Your Memory View All Memories
Be the first to upload a memory!
Share A Memory
Plant a Tree