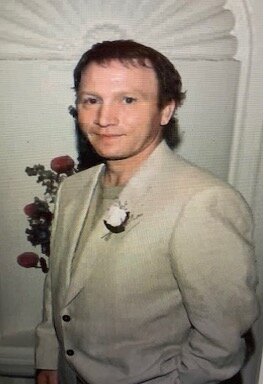 Frank Charles Holtz, 63, died, on Sunday, January 1, 2023 at Stamford Hospital after losing his fight with cancer. He was born in Brooklyn, New York on May 24, 1959. On August 17, 1999, in Clark County, Nevada, Frank married the love of his life, Susanne Dueno, who passed away on October 5, 2011. He is predeceased by his parents Frederick and Helen Holtz, sisters, Josephine Knapp, Ida Pulver, and brother, Robert Holtz. He is survived by his sisters, Meta Nieves and husband Ray Nieves of Texas, Fredericka Davis of Georgia, Connie Moy and husband Henry Moy, Sr. of Connecticut, Anna Lichaj and husband Ted Lichaj of Connecticut and brother, Eddie Holtz of Maine. His brother-in-law Doug Dueno and wife Leslie Dueno of Texas, who he was very close to and often spoke of how Doug was like a brother to him. Frank has many nieces and nephews and great nieces and nephews. Frank loved to collect records and movies of all kinds. He enjoyed fishing when he was younger and spending time with family and friends. He is now with the love of his life his wife Susan.

Share Your Memory of
Frank
Upload Your Memory View All Memories
Be the first to upload a memory!
Share A Memory
Plant a Tree