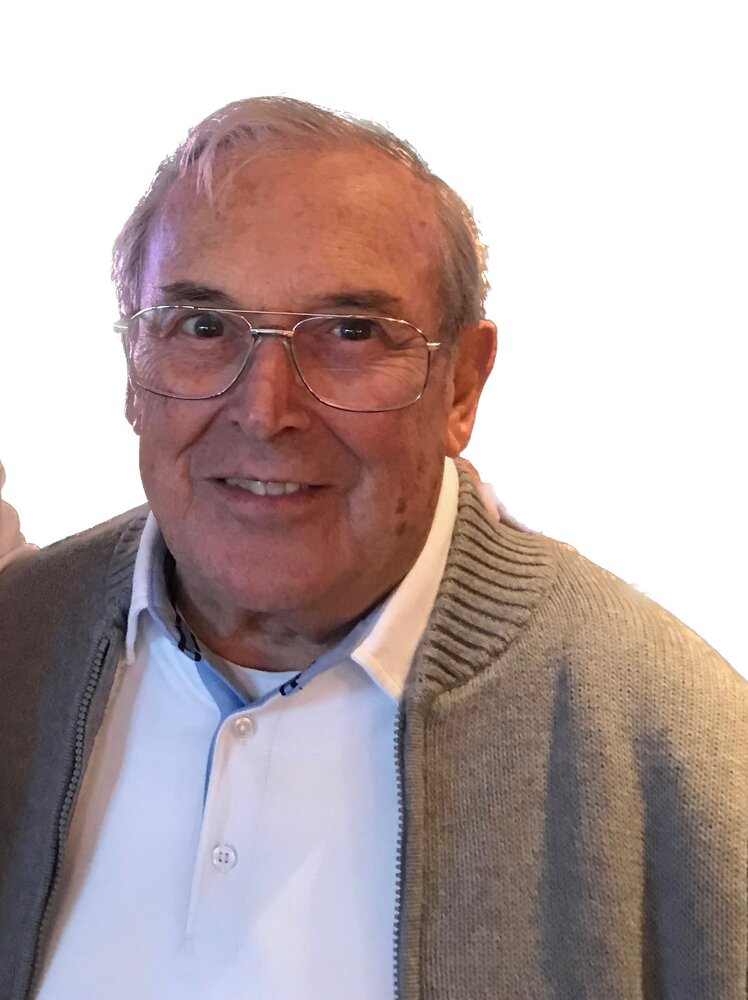 On January 25, 2023 Leo Sylvester Smeriglio, 93, of Ridgefield CT formerly of New Durham, NH was called home to heaven where he and his wife Janet can be together again. Leo was born on February 10, 1929 in Greenwich, CT the son of Thomas and Louise (Berlingo) Smeriglio. After graduating from Greenwich High School he resided in New Jersey for ten years before being called to serve in the Army from March 1951 to March 1953. After completing his service, he mastered his trade as a butcher under the GI Bill of Rights and returned to Connecticut. It was there in Stamford that he found Janet. They met at her dance studio where she was teaching. She was to be his friend, soulmate, and finally his wife. They were married in May of 1960. Leo is survived by three children Lee (Catherine) Smeriglio, James (Nancy Denton), Janice (Douglas) Hempel. He was blessed with six grandchildren, Daniel, Michael, Matthew, Staci, Christopher, and David. He is also survived by his brother Thomas (Marge) Smeriglio. Leo is predeceased by brothers Emil, Louis and sister Carmela (Smeriglio) Vincoli and his dear friend Joyce. Leo is also remembered by his adopted niece and nephew Lynn and Gary, Maryann, Dee, Lauren, all his friends from Ridgefield Station, and by Marie and Petra and the rest of the team at RVNA. A spring graveside burial will be planned in New Hampshire attended by immediate family members. In lieu of Flowers Leo requested that donations be made to: Hudson Valley Honor Flight P.O. Box 375 Walden, NY 12586 Or www.HVHonorFlight.com Now close your eyes and look up to the heavens you will see Leo and Janet dancing their favorite dance. The Waltz

Share Your Memory of
Leo
Upload Your Memory View All Memories
Be the first to upload a memory!
Share A Memory
Plant a Tree